The Jerusalem Festival takes place every year in the context of the communal and national role of culture in the struggle for survival faced by the city of Jerusalem eclipse shortcuts. Cultural expression enables the Palestinian people to remain strong and maintain their hopes and aspirations for a better future.National identity is nurtured and integrated into history through various forms of human activities:music,theatre,cinema prayer music. Poetry and the novel, thought, education, architecture, socio-political action, and daily conduct. These many activities combine to portray the story of a people deeply rooted in their land and who tirelessly seek to achieve freedom, independence and progress 코렐드로우 x7 한글 다운로드.

Since its launch in 1996, the Jerusalem Festival has exhibited an artistic-cultural vision in this annual event of various arts that are performed in different geographical locations in the city 28th download. The Festival has involved large numbers of people and has adopted the principle of cooperation and participation with arts and community organizations 윈도우 엑셀 다운로드. Moreover, the Festival has given priority to local productions in order to develop local capacities and provide popular artistic platforms. The Festival can be defined as a progressive national arts event twilight korean subtitles.

Building on the rich experience of previous Jerusalem Festivals, in addition to conclusions drawn from the daily cultural activities of Yabous and observations about the deterioration of education, culture and the national status of the city in general, the Jerusalem Festival has adopted a totally different approach in terms of content and programming for the coming years; this will reflect the quality and development of the festival’s general over past years pinterest 이미지 다운로드. 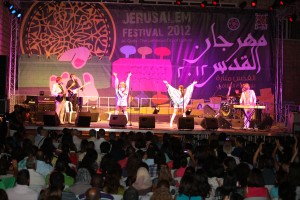