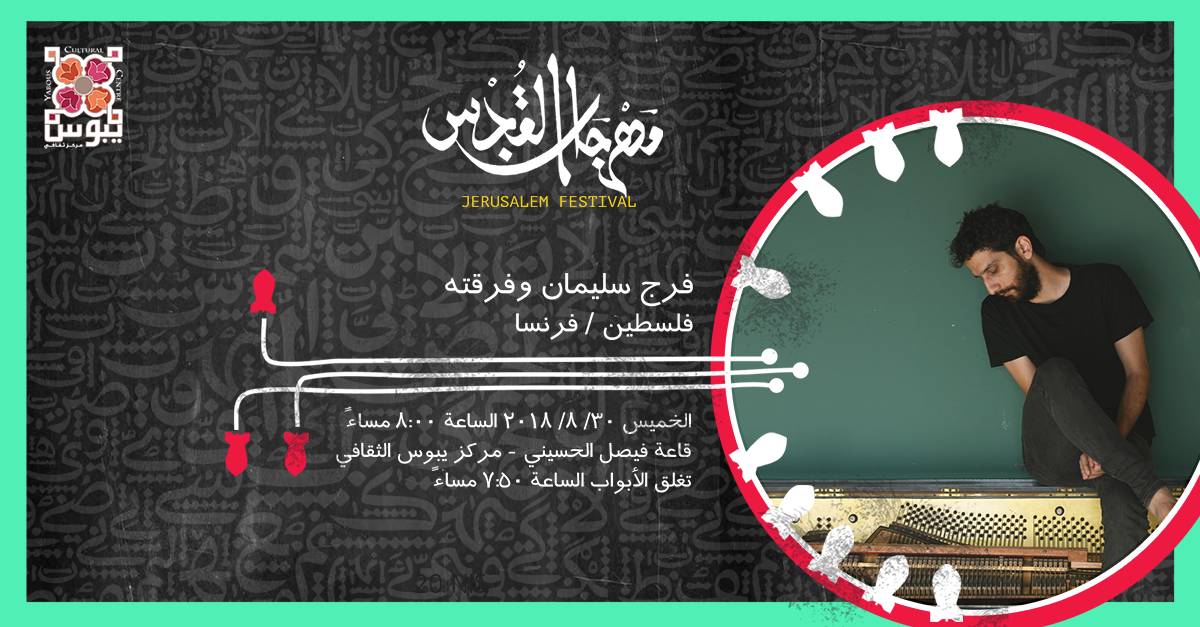 Faraj Suleiman & Group at Jerusalem festival “Voices of Freedom”
Tickets are available at The Art Shop – Yabous Cultural Centre
starting from Monday 13 / 8 / 2018,
during the hours 10:30 am – 6:00 pm
and until 8:00 pm during the festival nights Don't make money download.
Ticket Price: 20 NIS
Faraj Suleiman, Palestinian composer, and pianist who was born in AlRamah in the Palestinian Galilee in 1984, and currently lives in Haifa Nintendo download. Suleiman composes instrumental and vocal music for theater and cinema. He strives to produce a diverse work in a variety of disciplines, juggling different experiences 미쓰에이 허쉬 다운로드. He has composed solo pieces on Piano and is keen to move between Piano and Oud, integrating oriental sound, the orchestra, and musical theater. He also has worked on several musical productions that incorporate modern Arabic poetry, such as the poetic concert «love in the cloud,» and the poetic music album «AlBashiq» from the poems of Taha Muhammad Ali 쟁천구패 다운로드. Some of his work includes: «login» (2013) «Three Steps» (2013) «Love in the cloud» (2014), «AlBashiq» (2014), «Mid spring Holiday» (2015), «Mud» (2015), «Opening of the Palestinian Museum» (2016), « Condolences» (2016), « Aekara» (2017), « Once upon a city.» (2017), «Love without a Story» (2017) Intuus Driver. And his latest production “Toy Box“ which was released in 2018.
Faraj Suleiman performance in the Jerusalem Festival 2018 will be a creative mix of his most recent works: « Once upon a city « and «Toy Box.” A concert from his own music and compositions 초콜릿 다운로드. He will be accompanied by French musicians Julien Alour (Trumpet), Emmanuel Forster (Bass), and Baptiste Du Chambon (Drums), and from Palestine, Habib
Shehadeh Hanna (Oud) and Maen Ghoul (Percussion) 박혜경 고백 다운로드.
+ Google Calendar+ iCal Export