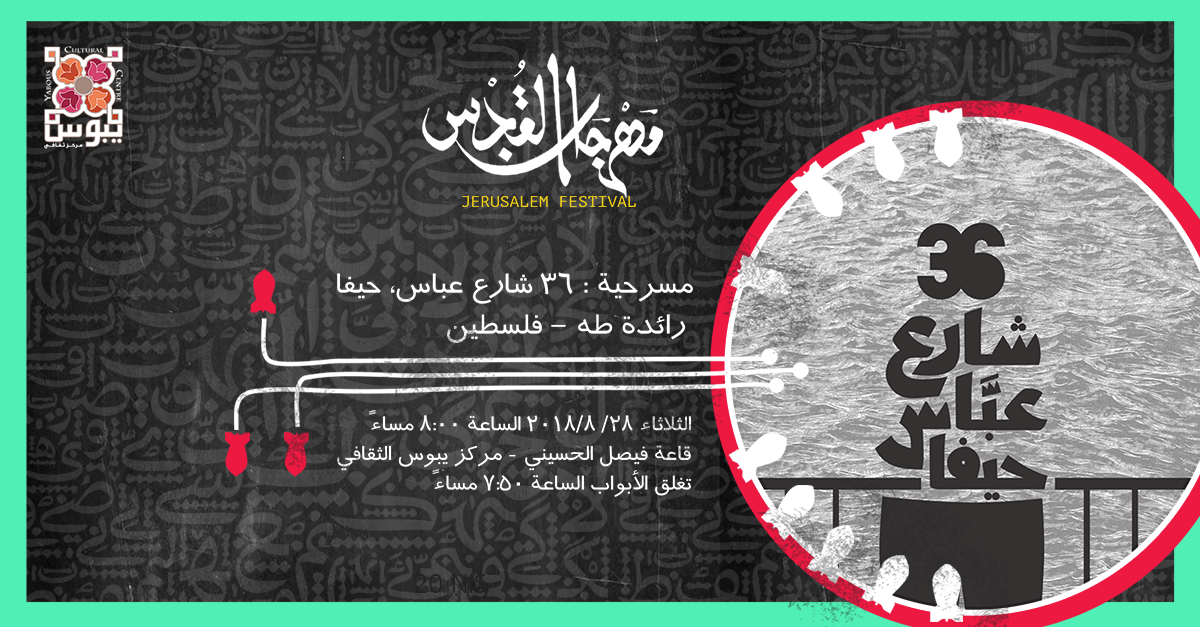 Play: 36 Abbas Street, Haifa by Raeda Taha – Palestine at Jerusalem festival “Voices of Freedom”
Tickets are available at The Art Shop – Yabous Cultural Centre
starting from Monday 13 / 8 / 2018,
during the hours 10:30 am – 6:00 pm
and until 8:00 pm during the festival nights 길구봉구 다운로드.
Ticket Price: 20 NIS
Raeda Taha holds a BA in Speech Communication and Journalism from George Mason University in Washington DC Download Acrobet Reader 9. Between 1987 and 1994, she was the Press Secretary of Chairman Yasser Arafat. Currently, she is the Chairperson of the Sakakini Cultural Center in Ramallah, Palestine and a member of the Administrative Committee of the Ghassan Kanafani
Cultural Foundation in Beirut, Lebanon 이터널시티 다운로드.
Raeda has published several short stories in the “Anthology of Palestinian Women Writers” and has recently authored a book, “Ali,” chronicling the life of her father a pioneering Palestinian freedom fighter Linux apm download. Raeda has also taken part in the celebration of AUB’s 150th anniversary by presenting dramatic re-enactments of historical speeches as one of three celebrated theater actresses 별순검 시즌2 다운로드. As a result, the script Raeda wrote for her play “Ali” has been included in the syllabus to be taught as part of a course named: Female Playwrights from the Mediterranean 아마존 프라임 뮤직 다운로드.
She has been selected and taken part in the Sundance Theatre Laboratory in Marrakesh in May 2016 and once again in MA Festival in December 2016 Schutz Season 5 Download. She has acted and played lead roles in three plays: “Petra Rocks”, “Return to Haifa”, and “80 Steps”. In 2105, she wrote, produced, and performed a one-woman show “Where can I find someone like you Ali?” directed by Lina Abyad Java 8. The play is still touring the world and has been watched by more than 15,000 people to date.
+ Google Calendar+ iCal Export