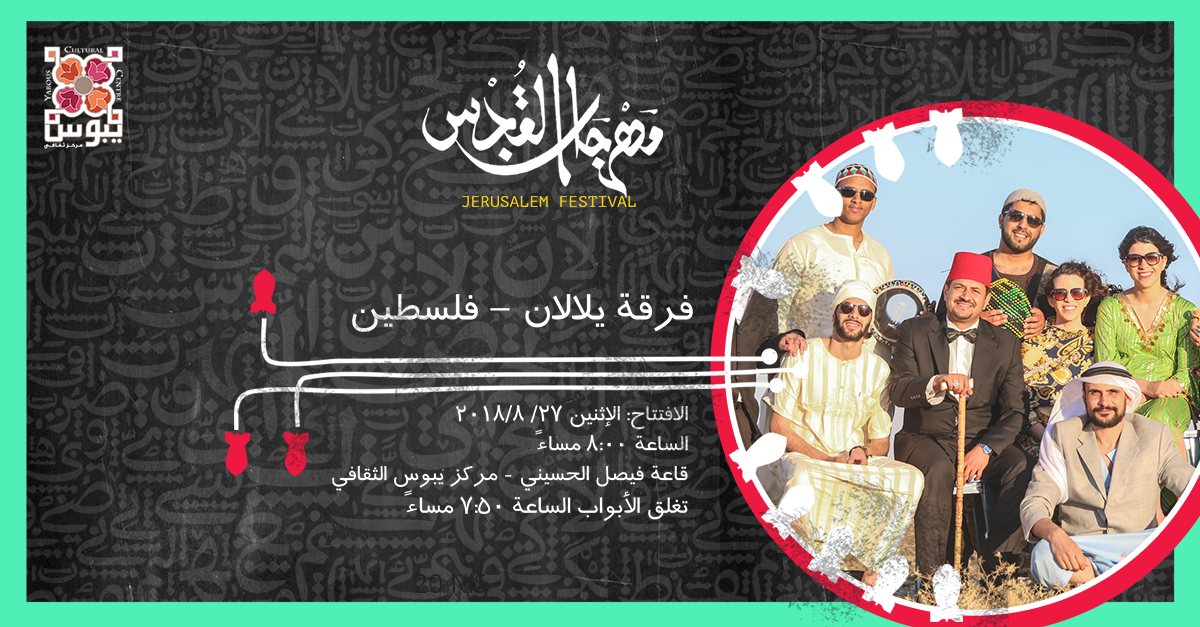 Yalalan Group: A Palestinian group, established in 2005, by a group of young musicians so as to preserve the Arabic musical heritage in style and content, and contribute to its transfer across generations, through young voices and authentic melodies and compositions about land, love and hope 가즈 나이트 r 다운로드.
Yalalan has participated in numerous local and regional festivals over the past few years. Significant accumulation of cognitive musical knowledge enabled the group to present its own unique artistic production of compositions and tunes inspired by a long journey of believing in the power of art to transcend barriers and reformulate concepts 소환사가 되고싶어 다운로드.

“El Khat Da Khati” is a joint musical work presented by “Yalalan” in partnership with the Egyptian band “Eskenderlla” in 2017. The cooperation produced an album that included songs of the Arabic heritage and newly composed songs by the two groups; thus, presenting a real model reflecting the prospects of uniting in a common goal and idea 알까기 게임 다운로드.